Back to the exchange page

Carl Maes has been Academy Director of the Kim Clijsters Academy for the last 6 years. The academy has welcomed international junior and professional players from 62 countries to train at the Academy. Several professional players such as Elise Mertens, Sorana Cirstea, Ana Konjuh, Kimmer Coppejans , even Kei Nishikori and of course Kim Clijsters have trained at the Academy under his supervision. From September 2020 Carl is Performance Director in the Tenerife Tennis Academy to establish an international training environment for high performance players.

Carl has visited all 4 Grand Slams multiple times with various players and has been a keynote speaker at 7 regional and worldwide ITF conferences as well as multiple Tennis Europe and PTR symposiums.

Book a one to one session

All videos by Carl Maes 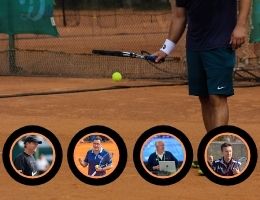 The Coach of 2021
Always available
Webinar
What skills become more essential as we embrace technology and create a more robust program in clubs and academies. Will things change drastically? Or do we just need to be equipped to add more? What tools and platforms are emerging to help us serve our players better?   KNLTB 1 PO punt (coach accreditation credit)
Price: 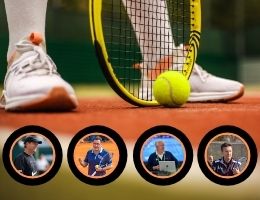 The Future of our game
Always available
Webinar
𝗧𝗵𝗲 𝗳𝘂𝘁𝘂𝗿𝗲 𝗼𝗳 𝗼𝘂𝗿 𝗚𝗮𝗺𝗲. With every aspect of Tennis and Sport wearing and mask and gloves how can tennis pivot to present competition to all levels of players? From the provision of club-based competition to the tour let’s exchange thoughts and solutions.   KNLTB 1 PO punt (coach accreditation credit)
Price:

Register now
US College Coaches
Always available
Webinar
Carl Maes and Dennis Mertens, both have vast experience in their area. They will discuss how they will gear up for the future after Covid-19, with cooperation between all US Colleges who are interested and Carl & Dennis.   KNLTB 1 PO punt (coach accreditation credit)
Price: 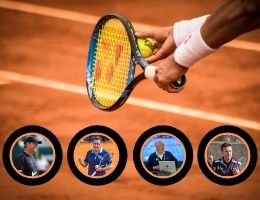 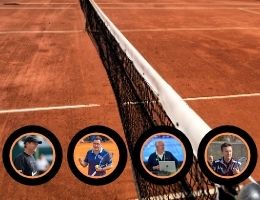 Let’s Talk! Times Like These! Part III
Always available
Webinar
In our final webinar of our inaugural week, our team will be online to discuss the OrangeCoach Exchange approach and continue the discussion on aspects of the industry and what the future might hold. Our focus today will be on Federations, associations and networks and what their role might be in this rapidly changing world […]
Price:

Let’s Talk! Times Like These! Part II
Always available
Webinar
Once again, our entire team will be online to discuss the OrangeCoach Exchange approach and continue the discussion on aspects of the industry and what the future might hold. Our focus today will be on high performance and professional tennis and what the current situation might mean for this area of the game. KNLTB 1 […]
Price: 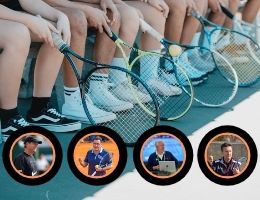 Let’s Talk! Times Like These!
Always available
Webinar
Once again, our entire team will be online to discuss the OrangeCoach Exchange approach and continue the discussion on aspects of the industry and what the future might hold. Our focus today will be on high performance and professional tennis and what the current situation might mean for this area of the game. KNLTB 1 […]
Price: 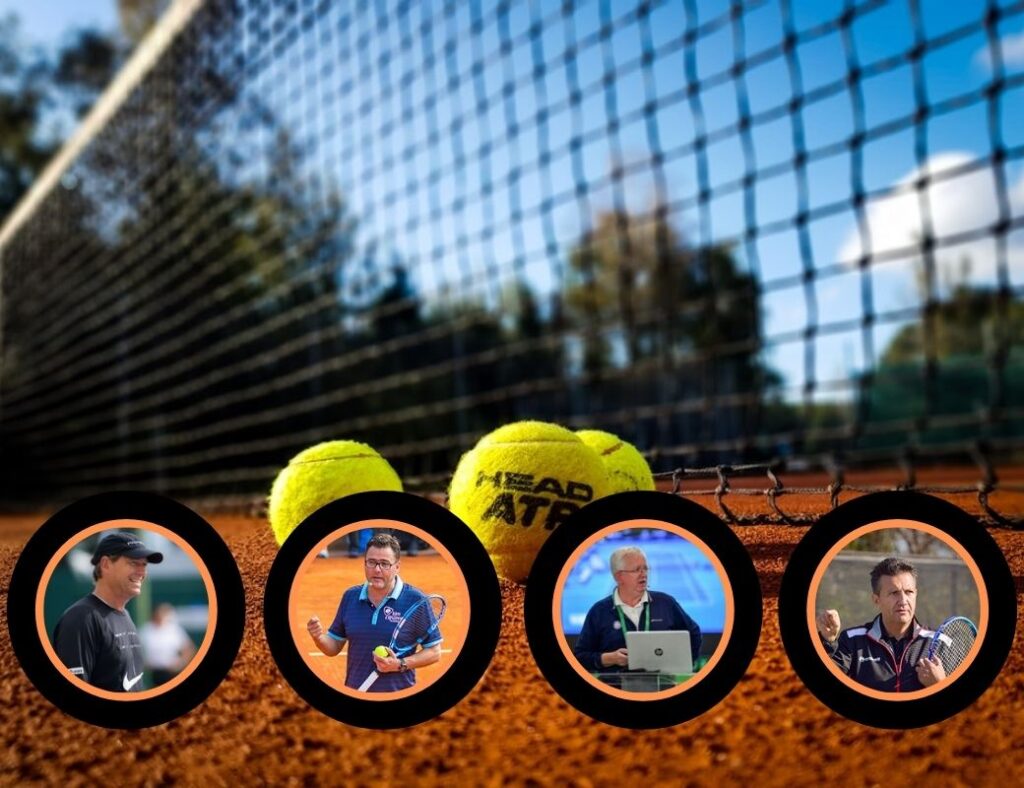 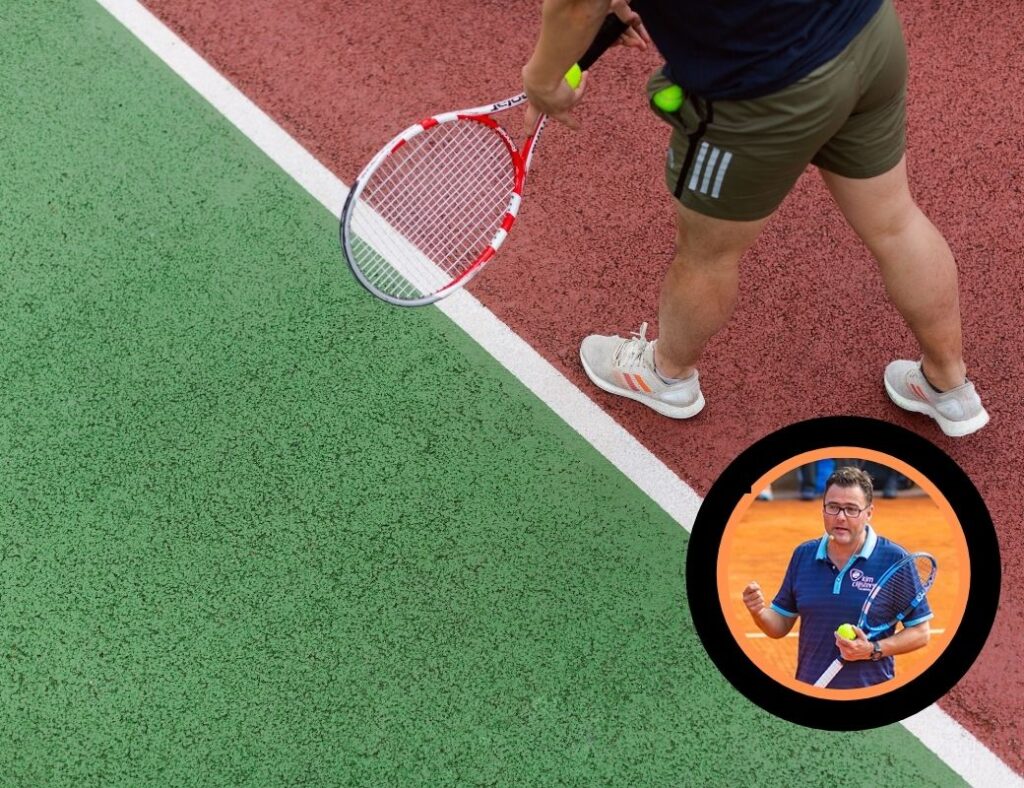 Characteristics of a High Performance program
Always available
2021-02-16
Locker room
In this Locker room Carl would like to invite you to discuss what parameters need to be in place to start building a high performance program in your club or academy. In this locker room sessions Carl will share his screen with your to show how we can best plan, organise and execute the development […]
Price: 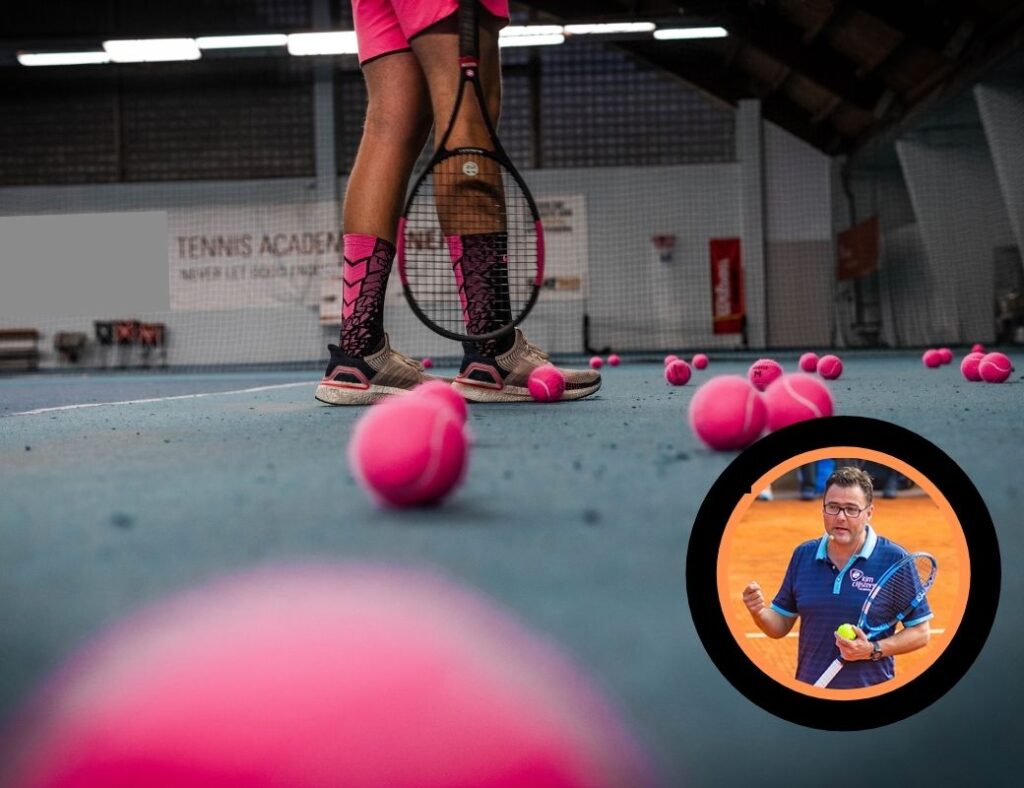 Creating a girl friendly learning environment
Always available
2021-02-18
Locker room
In this session I want to discuss with you how you can manage your programs better when combining boys and girls in the same session. We will look at “off court” differences between boys and girls and discuss how this impacts how we can communicate and organise ourselves better when coaching girls. I will share […]
Price: 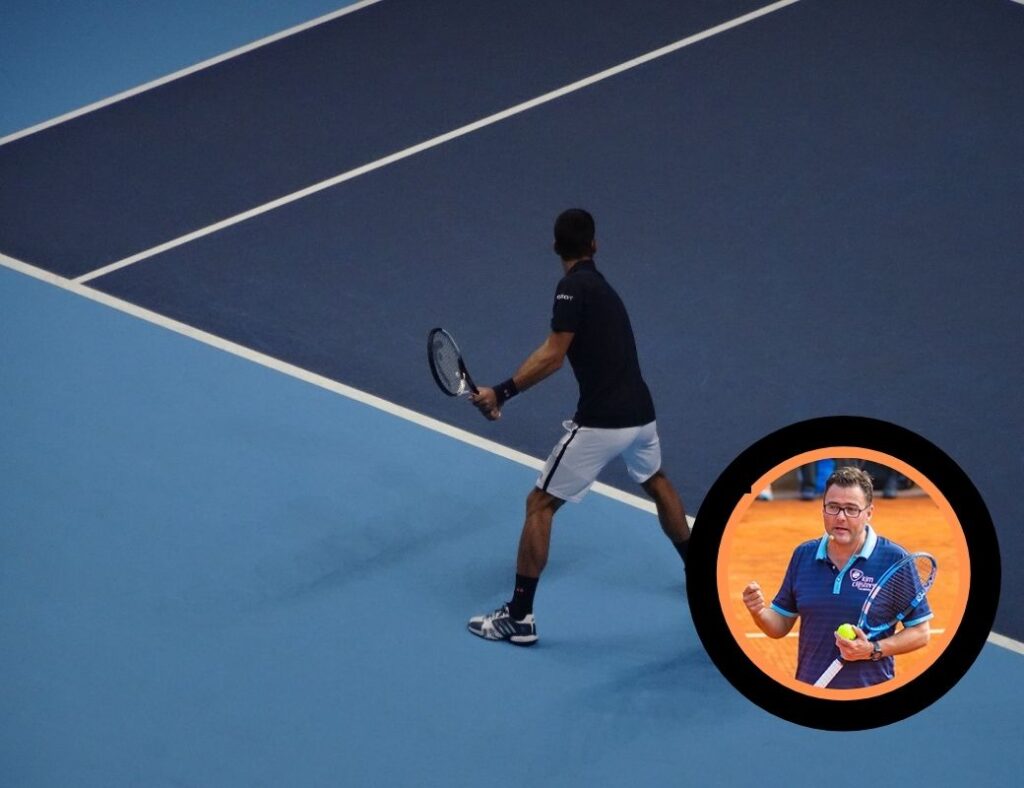 Building an all round tennis player
Always available
2021-02-23
Locker room
We will look into more detail what the content of your tennis sessions needs to be to develop “all round” players. What to do, when to do it and how to do it! How do you plan your tennis sessions? In these locker room sessions I will share my screen with you for some video […]
Price: 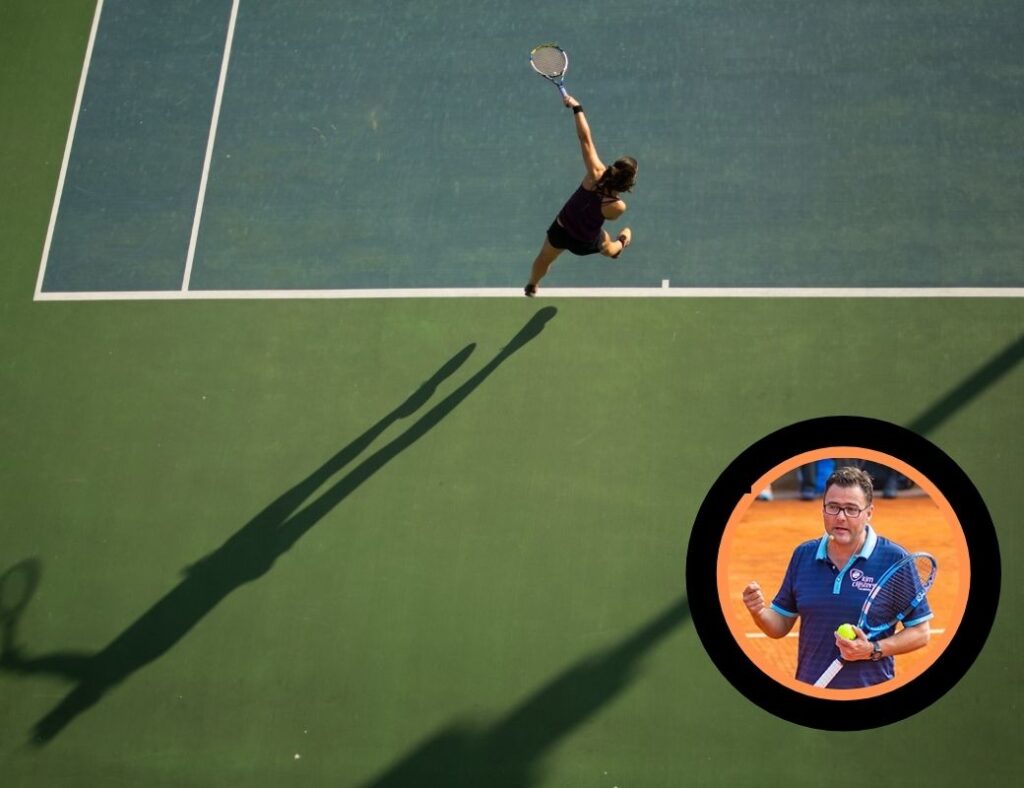 Tactical and technical differences between boys and girls
Always available
2021-02-25
Locker room
In this very practical session we will discuss the technical and tactical differences between boys and girls. By giving a few simple examples of each tactical situation you will discover how to become more efficient in coaching female players and getting more successful! In these locker room sessions I will share my screen with you […]
Price: 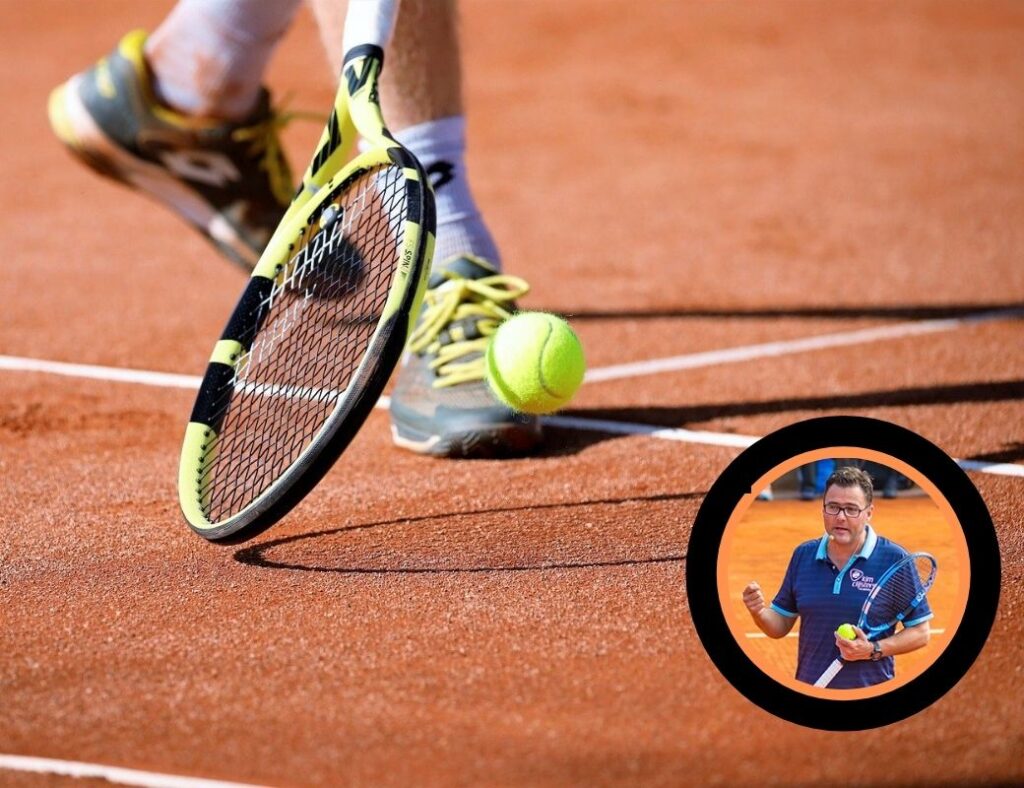 Your tennis passport: Functional Goal setting
Always available
2021-03-02
Locker room
We will look at a strategy to make players (and coaches) more accountable for their own development. With a live case study, Carl will show how we can create goals for a player in a very integrated manner rather than looking at technique, tactics, fitness in an isolated way. For any coach that likes to […]
Price: 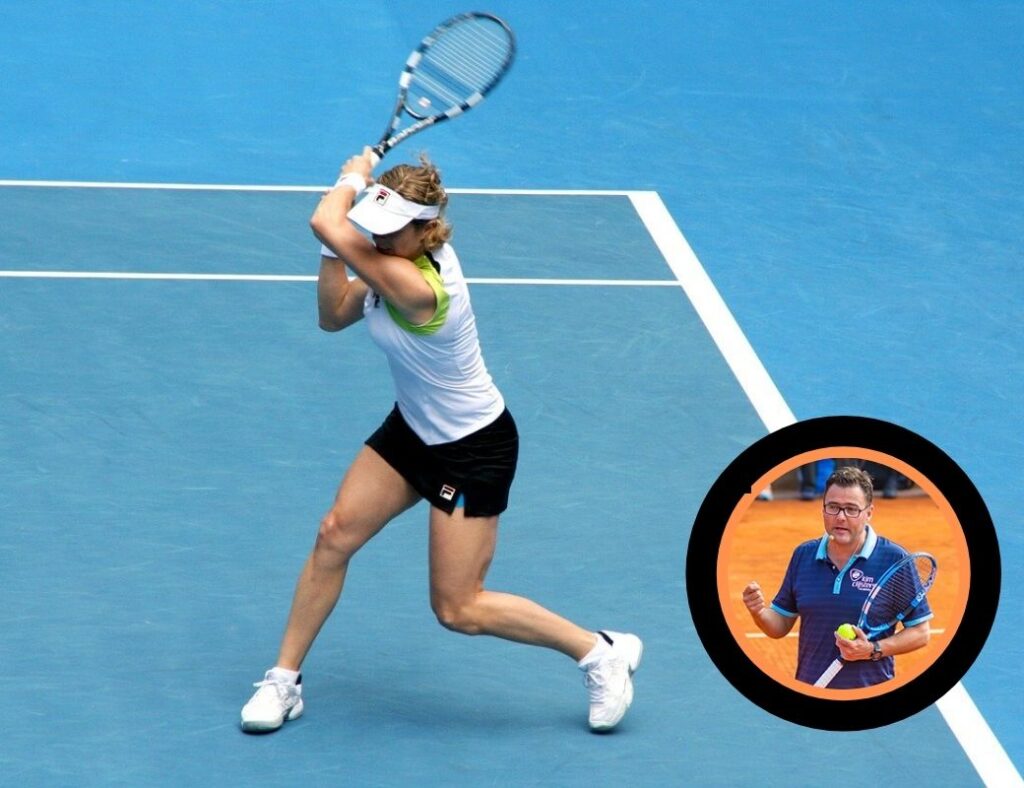 Comparisons between female Pro and Junior players
Always available
2021-03-04
Locker room
In this locker room with limited spaces available, we will look more closely at what we can learn from the pro players and how we can adapt our exercises on court to prepare our junior girls better for their next steps. This will be a very practical session with video examples and simple tips to […]
Price:

Book a one to one with Carl Maes

GET STARTED NOW
I'M a coachi'm an employer
CONTACT US
OrangeCoach
Industrieweg 19
2254 AE Voorschoten
The Netherlands
Click here to get in contact
QUICK LINKS
PartnersSign up as coachSign up as employerPost a jobVideo databaseOther jobs
ABOUT US
OrangeCoach is the premier online employment platform in the international sports industry. OrangeCoach connects professional coaches with employers around the world.
FOLLOW US